Fetish Liza started fetish modelling years ago as an amateur and still loves it. Worked with several photographers like Tony Ward en Hans van Uyden, mainly in The Netherlands. Been published in Penthouse US issue 6, 2003. Was a model for Southern-Charms before starting Her own business. Now She creates content for Her own three websites (see links).

FetishLiza is from Belgium. She has lived in the Netherlands, in Valancia, but now She lives the life with Kinky_Natasha in Hungary. Travels a lot: to the UK, Germany and the Netherlands.

Open-minded and into many things, She likes to experiment and try new things. She owns a garage full of fetish attire and continiously buys more new stuff. Owning over a 100 pair of boots and heels…could be 200 by now. She has lost count.

Exploring Her dominant side. That’s where slut4leather came in LOL. 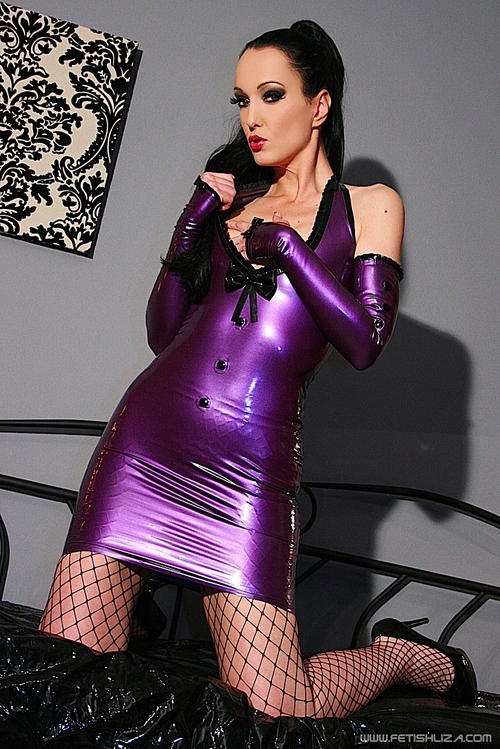 Linking to the Mistress